The first few days back following a cross-country trip are always the most disorienting. The flying to and from. The time zone change. The pretty dramatic difference in weather/temperatures- maybe even a recent Daylight Savings adjustment to the clocks? It’s a lot- and definitely something I’m working my way through following my recent return from the West Coast this past weekend. It feels like my plane had landed back in Massachusetts and I hit the ground running- almost immediately returning to work and my usual every day routine.

But my time in both Las Vegas and San Diego have been on my mind- and I feel I’m very much still there in spirit despite being back home in body.

As I had previously mentioned, my reason for returning to Vegas was a bittersweet one. To commemorate what would have been my best friend Kelsey’s birthday last week- we had a celebration of her life, instead- with food, drinks, a beautiful tribute video put together by her husband- and a chance for speakers who wished to share their memories and favorite stories about her. Everything was done with the pandemic and mandated safety protocols in mind- and I feel we all truly tried our best.

The event was cathartic, especially since COVID-19 had prevented us from having a proper funeral for Kelsey in the days/weeks after she had passed. I think the get together was something we all needed in our own individual ways. It was a way to honor her, celebrate the ways she had changed our lives- and say goodbye- all at the same time.

Of course, with so many people flying in to both pay their respects and visit with her two small children- I wanted to give everyone their time and space. I opted to stay at a couple of different hotels, knowing that sanitation and cleanliness were being taken extremely seriously in light of recent events. Airplanes and hotel rooms have never been more spotless and safe, really.

The first leg of my trip was spent at The Flamingo before I made the drive to San Diego to rest my head at the Hotel Z in the Gaslamp Quarter. My journey to California had a couple of different purposes. One, was to decompress following an emotional evening with family and friends. Kelsey and I often made the drive to/from California together whenever I was visiting- so it felt like a way to honor her- similar to what I’d done when I had last been out West visiting her family back in August.

The second reason was to have a couple of socially distanced drive-by “hellos!” to a few friends who have been going through a particularly rough time during the pandemic. I had wanted to surprise them (and did so successfully, much to my amazement!) and cheer them up from the sidewalk outside their homes. 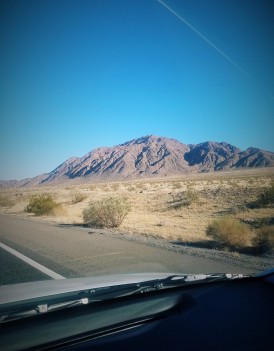 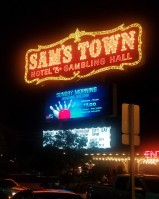 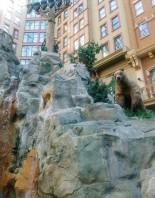 When I was done in California, I drove back to Vegas to spend Halloween with Kelsey’s husband, Andrew, and her kids so we could go trick-or-treating together and have some quality time before I returned home. For the last couple of nights in town, I stayed at Sam’s Town– which seemed like a fitting conclusion to a week that celebrated someone I love very much. Kelsey and I were/are huge Killers fans- and we last visited the hotel/casino when the band played a series of shows for the album of the same name’s 10 year release anniversary. It hasn’t changed one bit.

And, when it came to Halloween- I had an absolute blast. Andrew, his parents and I brought the kids around their lovely little community in Henderson for socially distanced trick-or-treating- where they got a TON of good stuff and looked so completely adorable in their “Little Mermaid”-themed costumes. Major props to Andrew for committing to the King Triton costume, by the way. You can see photos from the night HERE and HERE on my Instagram!

And, being that this was a vacation of sorts- I ate so much good food at some of my favorite places- including:

There was also the occasional stop at In-N-Out too, of course!

Overall, my week was busy, poignant, beautiful- and also just silly and fun at times- especially when I was with Kelsey’s children. I adore them, and being able to see them again was the bright spot of my trip and my October/November. I’m already so eager to get back there again because they seem to grow and change so much with every trip I make!

But, for the next couple of days- it’s about re-adjusting to work and the East Coast time/weather again, catching up on sleep, and getting back into a fitness and exercise routine since the holidays are swiftly approaching and with them come plenty of family photos- current events permitting, of course!